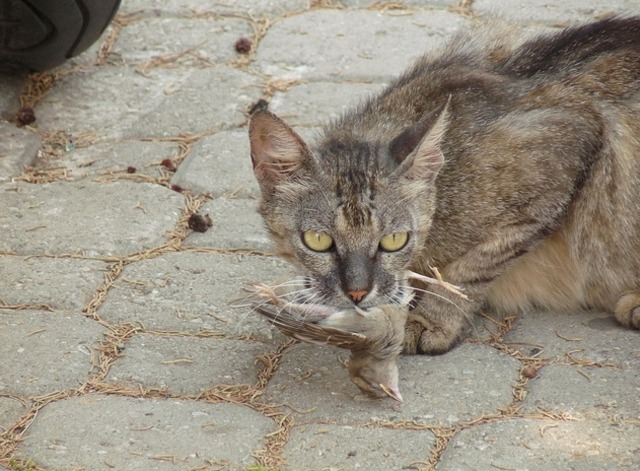 If you see a stray cat in your neighborhood that is overly cautious or unfriendly and seems to have no owner or home, it is most likely not one of the feral cats. The cat may seem very cautious or frightened around people, but it is not considered truly feral if it maintains any type of human/cat connection (called “socialization”).  A stray or abandoned cat, even a frightened one, will remain close to humans if only to get food, but a truly feral cat will avoid all human contact if at all possible. A stray cat, if taken in, can resume a socialized role in a home. The same is true of kittens of feral cats if human interaction is introduced early enough. 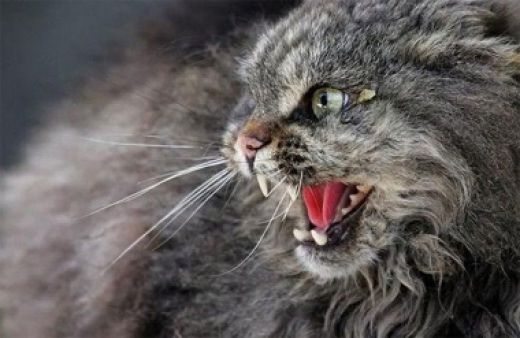 Unlike stray and abandoned cats, feral cats are rarely seen in our everyday lives. They live in out-of -the way places, in groups or colonies of related cats. While it may seem like a free and easy life, their lives are constant searches for food, daily fighting, injury and disease. While an indoor/outdoor pet may have a life expectancy of 16-18 years and beyond, a truly feral cat will probably have a lifespan one-third of that. Without proper medical care and shelter, frequent fighting, dogs, poison left where the curious cat may find it, malicious humans and other causes will all contribute to a hard scrabble life that ends all too soon. 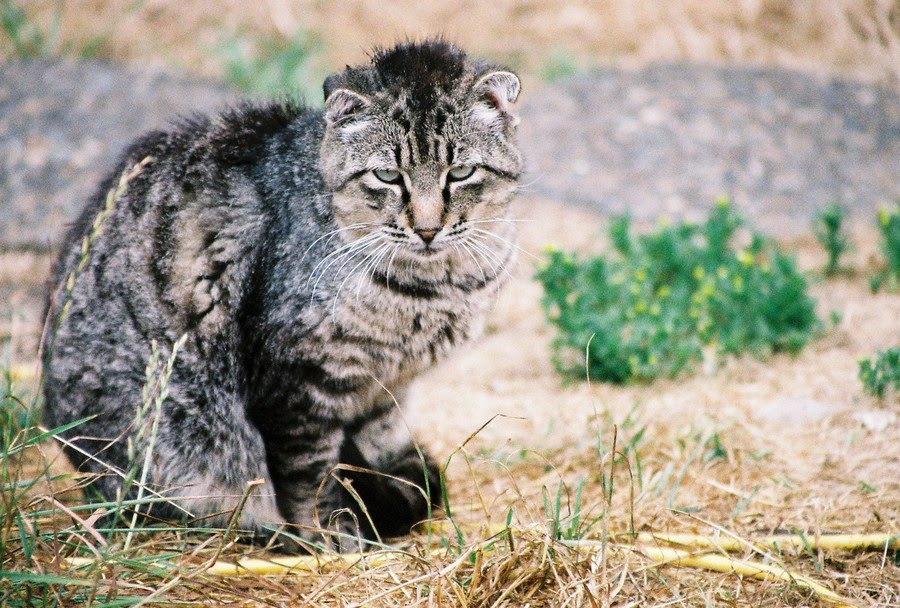 Because cats can reproduce as early as five months, three or four times a year, this can result in an overpopulated colony that cannot be sustained by local resources. Competition for these resources will take a heavy toll and many feral cats will not make it out of adolescence.

What’s to be done? It’s hard not to care, whether you are a cat lover or just a concerned citizen. You may feel moved to act in some way to either make life a little better for these cats or to end the sometimes inconvenient damage to the environment brought about by such large populations. One solution described in detail at The Humane Society’s Web page describes the Trap-Neuter-Release program (TNR) with recommendations on safe and effective ways to alleviate over population among these feral cat colonies thereby ending unnecessary cycles of suffering from over breeding). 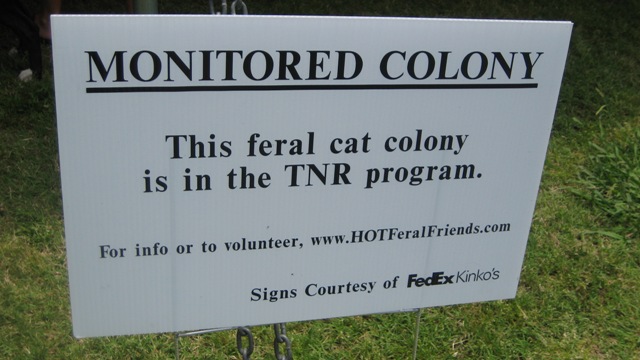 You can read more about TNR here. 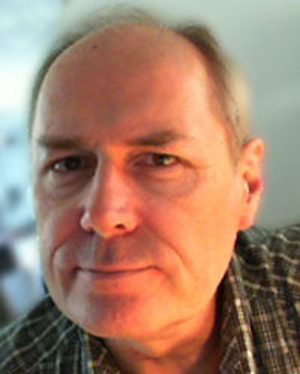 John Jordan is a technical writer with 20 years in magazine publishing.  After that, he became a medical proposal writer competing for the creation of VA clinics, and now
he does contract copywriting, illustrating and animating, as well as maintaining the YPS Facebook page.  Raised on a farm in Brown County, Ohio, John was always surrounded by animals of every stripe and spot, on farm and in forest. This instilled a deep sense of the complete interaction of all natural things.
His favorite animal stories include all of the “All Creatures Great and Small” books.
If you have a pet story, product or service that might be of interest for Your Pet Space
readers, you can contact John at john.jordan1@facebook.com