Many thanks to Dr. Fredric Schlesinger, DVM, LMT of Albuquerque, NM for providing these videos to tell our readers more about acupuncture for animals.

We’ve been privileged to know veterinarian Ron Leick for several years, and this week we contacted him about his first interview with us.  We are pleased to announce that he will also be added to our staff page, so you may contact him about his services!  If you comment to his article here with questions about his work as a dog chiropractor and horse chiropractor, or general questions about animal chiropractic, he has kindly consented to future interviews with YPS. 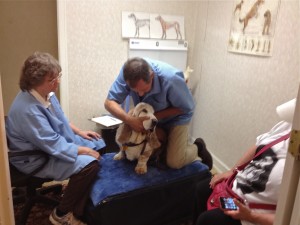 1.) What types of services does your practice offer?

My practice offers chiropractic, acupuncture and Chinese herbal therapy for horses and dogs.

2.) What is animal chiropractic and why/when do pets need a dog chiropractor?

Chiropractic treatment involves resolving issues with spinal and extremity misalignments and range of motion restoration.  Chiropractic is indicated when there is a disruption in an animal’s normal gait, or if it can no longer do things that it once could do.

3.) What other types of animals does a dog chiropractor adjust and can you explain how?

4.) What do you enjoy the most/find most rewarding about your practice?

The most rewarding aspect of my practice is being able to help animals in ways that traditional primary care veterinary can’t.

5.) What is pet acupuncture and why/when do pets need it?

Acupuncture is an ancient technique of restoring normal energy flow to areas of the body using needles at specific points and specific energy pathways called meridians.  Acupuncture can be used for any and all conditions that impact an animal’s health.

6.) On what types of animals can acupuncture be performed?

Acupuncture can be used on any and all types of animals, from marine life to poultry to mammals.

7.) Why/when would a pet owner use herbs prescribed by a dog chiropractor?

Herbal therapy can be used alone or in conjunction with acupuncture and/or chiropractic therapy.  It can prolong and augment the benefits of acupuncture.  It also can be used in animals that will not allow acupuncture to be performed on them.  It is used for anything/everything, from behavioral issues, internal medicine issues and musculoskeletal issues. 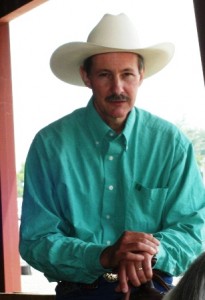 Dr. Leick is a l975 graduate of the Ohio State University.  He had a
traditional multi-person veterinary practice for 25 years.  Ron began to
take classes in veterinary chiropractic from the American Veterinary
Chiropractic Association, and became certified in 1998,.  He took the
International Veterinary Acupuncture Society course of classes in 1999
and became certified in acupuncture in 2000.

He incorporated both modalities into his already busy practice until
2001, when he made the choice to turn towards a more holistic practice,
as the effectiveness of chiropractic and acupuncture became more and
more apparent to him.

In 2004, Ron next began taking classes from the Chi Institute of
Traditional Chinese Medicine in Herbology, and became certified in the
use of Chinese Herbs for treatment in 2006.

Ron has been an examiner for the AVCA Certification Committee and also
has served as chairman of the AVCA Examination Commission over the past
few years.  He has incorporated Chinese herbs into the Chiropractic and
Acupuncture practice, while also including diet, rehabilitation and
saddle fit  advice.

Ron works with his wife Margy in his practice.  After graduating, also
from OSU, with a BS in Microbiology, she became a registered
Microbiologist, Medical Technologist & Animal Techncian. She had set up a laboratory in
the clinic for routine lab work, cultures and sensitivities, and plasma
transfusions on newborn foals.  In 1992, she became interested in Energy
Healing on animals, and after 1996 she continued in Healing Touch and
Energy Medicine on people, going to certification  in Healing Touch. She
attended a two year school in advanced healing with the same teacher, as
well as studying with her for two more years privately.

She has always supported Ron in his search for more education in
Chiropractic, Acupuncture,and Chinese Herbology.  She learned a lot by
watching Ron work, and she furthered her own education to become a
human Acupuncturist at the age of 58.  She has graduated
from the SHI School of Acupuncture and Traditional Chinese Medicine in
Lebanon, Ohio, and is now working toward National Registration in
Acupuncture.

You can schedule appointments for your pets with Dr. Leick at this link for 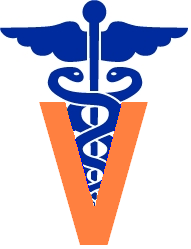 When we polled our potential readers before opening Your Pet Space, we found one of the most important things to them was how to find the best vet. The worst time to find a new veterinarian is when your pet is having an emergency, so hopefully this will help you be prepared ahead of time.

The American Animal Hospital Association (AAHA) is a good place to start.  They have a search feature that allows you to find accredited facilities in your area that have been evaluated on their facilities, staff, equipment and patient care.  You can also find vets that are open 24 hours or that specialize in areas such as dermatology, oncology or cardiology.  InfoVet of Canada also offers this service for our friends up north.  And for our friends in India, we recommend Bring Fido.

Another great way to find the right vet for your pet is to get recommendations from other pet owners who share your general philosophy (such as, if you don’t want your pet routinely vaccinated).  You could also ask local animal shelters, dog trainers, groomers or pet sitters.

But, once you find an accredited vet near you, how do you know it’s the right vet for you?

You may want to ask:

Above all, don’t be afraid to change vets if you are not happy for any reason.  Trust your gut.  Your pet will thank you.