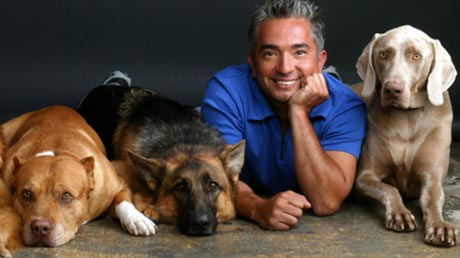 No matter what side of the—pardon the expression—invisible fence you’re on about him, the fact is, Cesar Millan is an impressive individual.  From his humble beginnings as an illegal immigrant to reality TV superstar to broken man to rising phoenix in the dog rescue world, it has been a wild ride for this man.

But before I get too far into my personal adoration of Cesar, let’s talk about some of the things his detractors say about him, namely:  that his techniques are more intimidation than training, his seminars are more like thinly disguised marketing ploys and that sometimes he’s downright mean to dogs.

Others have written about how his high emphasis on exercise is a force for good in training, even if his methods focus more on negative than positive reinforcement.   Even noted behaviorist Dr. Temple Grandin has said that she understands why and how Cesar’s approach developed: because it was based on the handling of dogs that commonly ran in randomly formed packs in his Mexican hometown, and especially on his grandfather’s farm, growing up. 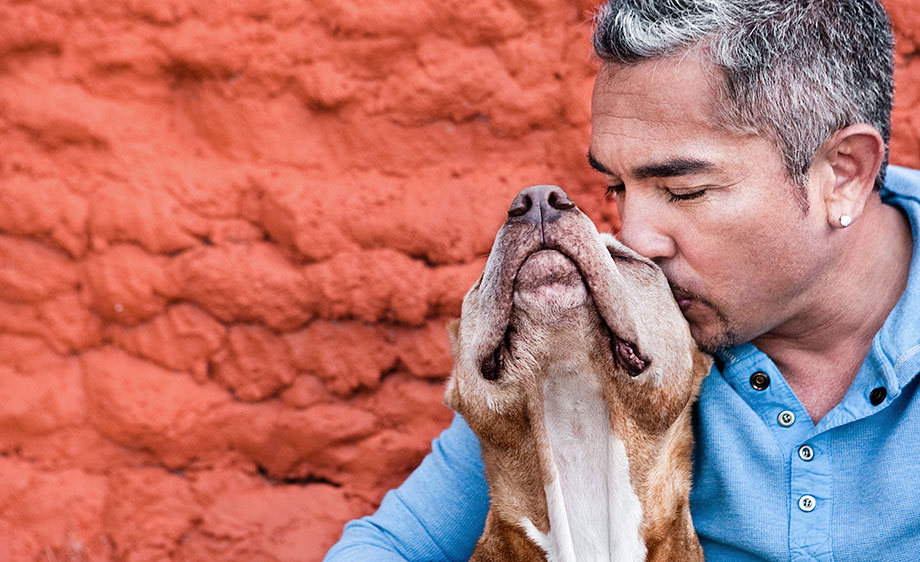 Cesar Millan and his beloved Daddy.

Cesar himself has often responded to criticism as it just being the price of being famous—and honestly, don’t we know that’s true?  The only thing that disgusts him is when people accuse him of abuse of animals.

Behaviorists  like Dr. Grandin now know that the old paradigms of all dogs simply being “baby wolves” and the idea that wolves themselves live in a dominance hierarchy are outdated.   We did think this was the way things were at one time because there were very few field workers studying wolves.  But new research shows that full blooded wolves live in a society structure more like a family than a pack.  Also, after so much selective breeding, not all breeds of dog now carry wolf traits—for instance, Alaskan Malamutes have more wolf traits than say, Dachsunds.

What does this mean for training your dog—and especially about Cesar Millan?

It means that Cesar’s techniques are completely appropriate for some dogs, less correct for others and completely wrong for some others.  In my opinion, a good rule of thumb is probably:  the more wolf-like traits your breed has, the closer a fit the training by Cesar Millan will be.

Whether you believe in what Cesar does or not, the fact remains that he is a knowledgeable trainer who has become a legend for his rags to riches story, as well as his transformative life.  He has been a force for good in the dog world for many years, because of his tireless media work against breed specific legislation and education of the public—and now, with his new emphasis on dog rescue.

Want to see how much Wolf is in your breed?  Go here.

Joy Jones, Publisher, is also the Vice President of Your Pet Space, a cage free dog boarding facility serving the greater Las Cruces, NM area. She is also a syndicated columnist living with her husband Dave. When not working on Your Pet Space, she writes a metaphysical column, as well as urban fantasy and humor. You can e-mail her at joy@yourpetspace.info as well as send her a friend request on Facebook.