We are familiar with such dog breeds as the Poodle and Labrador retriever. There are other less-known dog breeds, especially in this country.  Below, I have given a short description of several of these less-known dog breeds. The next time you are looking to add a new dog to your household, why not take a look at one of these? 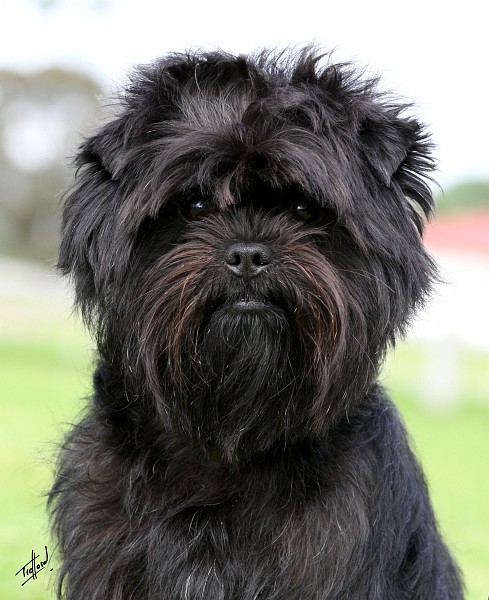 Affenpinscher  — These are small breed dogs, from the same breed which also presented us the schnauzers. One of the little known dog breeds, the affenpinscher is thought to be the most suitable for a family pet.  It is very intelligent, easy to train, and of a good demeanor. They have dark fur and have always shown affection to human beings.

Bouvier des Flandres — This dog is similar to the terrier. Their fur is generally dark and they have proven to be very calm. At the beginning, they were bred as herders in France but nowadays they are used for police and military purposes, as well as guidance for blind persons. 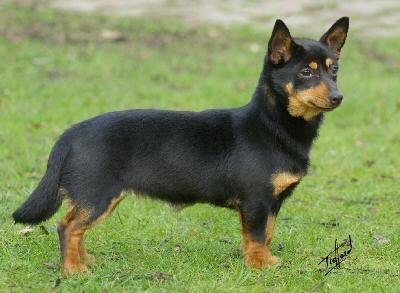 Lancashire Heeler–This is a smaller breed out of England, that was originally bred to herd cattle.  They are smart and fun companion dogs, and interestingly, develop a small mane around the neck in the winter months.

Mudi–Also a smaller of the little known dog breeds.  These dogs are from Hungary, and are great for hunting or herding.  An awesome dog for agility trials or show, and their wavy coats are easy to groom. 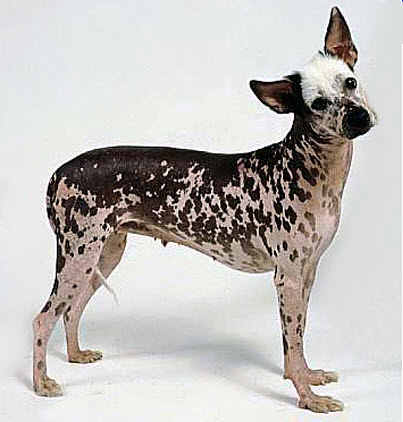 Peruvian Inca Orchid — This small to medium, hairless breed may actually have tufts of hair on his head, paws or tail.  Lack of fleas is a great advantage with these dogs, but their skin does require occasional care.  They can be sensitive to toxins and sometimes prone to seizures.

Pumi–Thought to have been bred from terriers originating in Germany and France, these small breed dogs from Hungary are routinely used in Scandinavia in dog dancing competitions.  This dog is high energy and barks easily.

Rat Terrier–This small US breed, believe it or not, contains bloodlines of the Beagle, Italian Greyhound and Miniature Pinscher.  Bred for speed in catching rats, squirrels and hares, it nevertheless has a cheerful personality with people and takes well to training.

Russian Toy–One of the smallest dog breeds in the world, this animal was originally bred from terriers to hunt rats.  It can be somewhat high maintenance, in that this breed often needs to see a vet for help when losing its puppy teeth and getting adult teeth.  They can also be very vocal and protective of their owners. 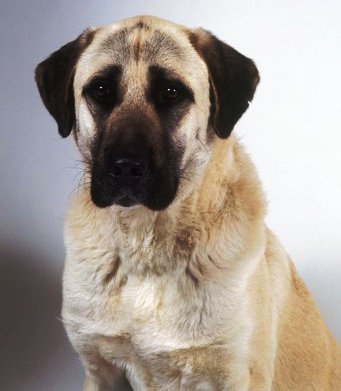 Anatolian Shepherd — This member of the less-known dog breeds is of a medium size and has proved to be very courageous. They’re also very powerful and loyal and are often used for military and hunting purposes.

Appenzeller Sennenhunde–These Swiss Mountain dogs are of medium size, have a distinctive tri-color coat and were originally bred as cattle herders and general farm dogs.  This is a high energy working dog, and not recommended for apartment dwellers or a more sedate lifestyle. 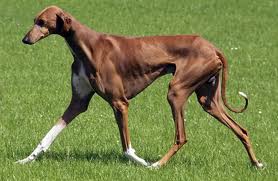 Azawakh–Originating in Africa, these tall sighthounds are used in their homelands to hunt gazelle and hare, and can run in short sprints up to 40mph.  Relatively uncommon in the US, they are becoming more popular, despite the fact that their temperaments vary from snuggly to fiercely protective.  They are highly emotional and sensitive dogs, which need large, fenced areas to run free off-lead.

Basenji –These are medium sized muscular dogs and are also named the African Barkless Dogs. These dogs are able to bark, they just choose not to.  Their greatest skill is hunting.

Belgian Laekenois — Hard working sheep dogs, these animals are fabulous at agility, tracking and herding trials.  They are recognized by their woolly, tweedy coats.  Interestingly, they were also used during the First and Second World Wars as messenger dogs.

Bergamasco Shepherd–Originally from Italy, these dogs were bred for herding and guarding sheep and cattle, and are of medium size.  Their most notable feature is their unique felted coat (think a dreadlock look).  Fans of the breed would enjoy agility trials, obedience and show events.  These dogs make great companions and even guardians.

Catalburun–Only two other dog breeds possess this dogs’s unusual split-nose feature. Originally from Turkey, they are known for their agility and strong scent ability as hunters.  They are considered a pointer breed.

Grand Basset Griffon Vendéen–like the Basset Hound, these dogs originated in France, as hunters of boar, deer and rabbit, and look like extreme furry versions of their Basset brothers.  They are pack dogs, so will do best in households with at least one other pet.

Hovawart–originally bred to be home guardians, these dogs came from Germany’s Black Forest, and are exceptional search and rescue animals.  They are best suited for those with experience in dogs, and not as a first pet.

Kai Ken–these dogs have been bred for centuries in Japan and are commonly known as “Tiger Dogs”.  They are of medium size, and full of alertness and bravery.  They are loyal, good with children, and love water.

Polish Owczarek Nizinny  — This dog is of medium size and has long fur which covers its eyes. These are devilish dogs that are known for creating chaos when left alone. 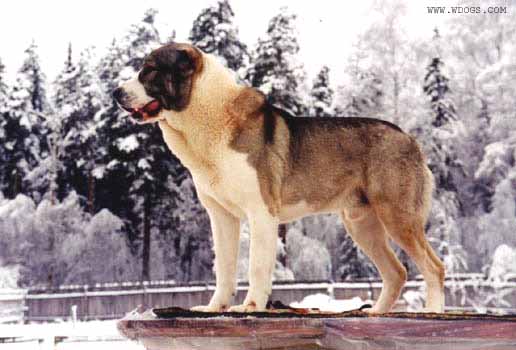 Asian Ovtcharka  –One of the little known dog breeds from Central Asia, the Ovtcharka are large and muscular dogs. They appear to be very loyal and fearless dogs with strong protective instincts which makes them perfect as watchdogs.

Chinook — This adaptable US breed came from a cross between the Husky and the Mastiff, and is basically a big sled dog with a love of children.  They also do well with other dogs, and are often used in search and rescue and skijoring. 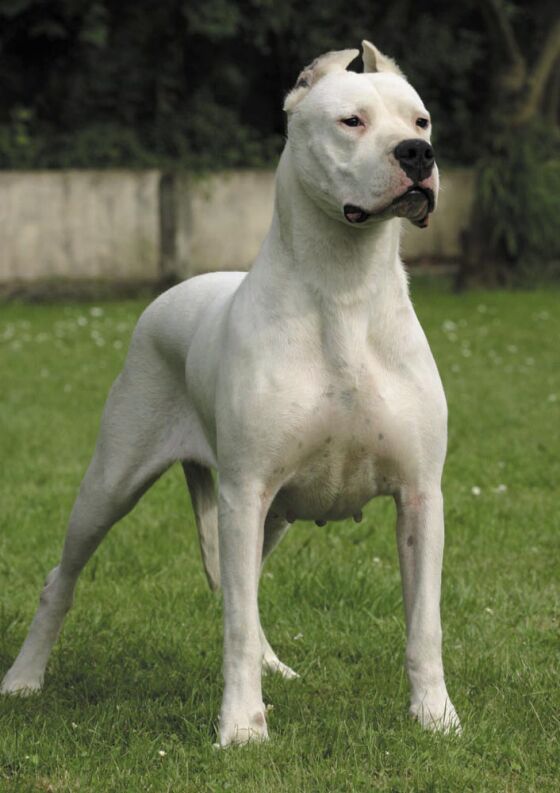 Dogo Argentino — Developed in Argentina to hunt big game (including pumas), this dog’s ancestry comes from a large variety of fighting dogs, as well as the Great Dane. Today, they are also chosen for military and police work. They are all white, and can be prone to deafness. 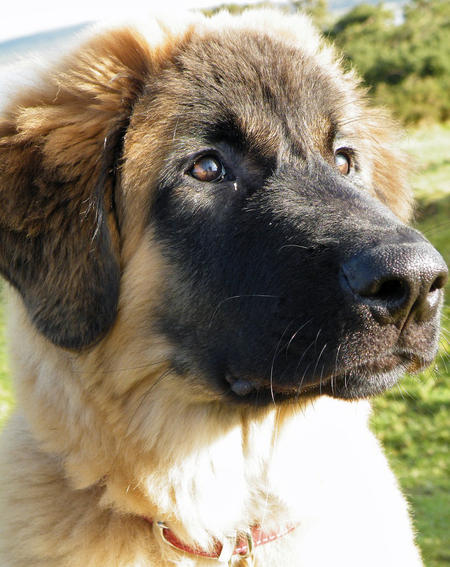 Estrela Mountain Dog–Hailing from Portugal, this large breed has two coat colors, both of which have about the same texture as goat hair.  As a livestock guardian, this is not the pet for everyone, and is recommended for those with a firm handle on leadership.

Spanish Mastiff–very big and strong, this dog has a longer nose than most mastiffs, and enjoys a lumbering daily walk.  They are calm, but smart, and very loyal.  But their size and rumbling bark probably mean they are better kept in the country than city.

Wirehaired Vizsla–This medium-large dog originated in Hungary, and although they were bred for hunting, their even tempers make them great family dogs as well.  They have skills as both scent dogs and retrievers, and are lean and very rugged animals.

Maybe you’re a pet lover who is also a writer.  And maybe you enjoyed this article and it gave you some ideas of your own.  🙂  Contact me at joy@yourpetspace.info if you’d like to join our staff.  Thanks!