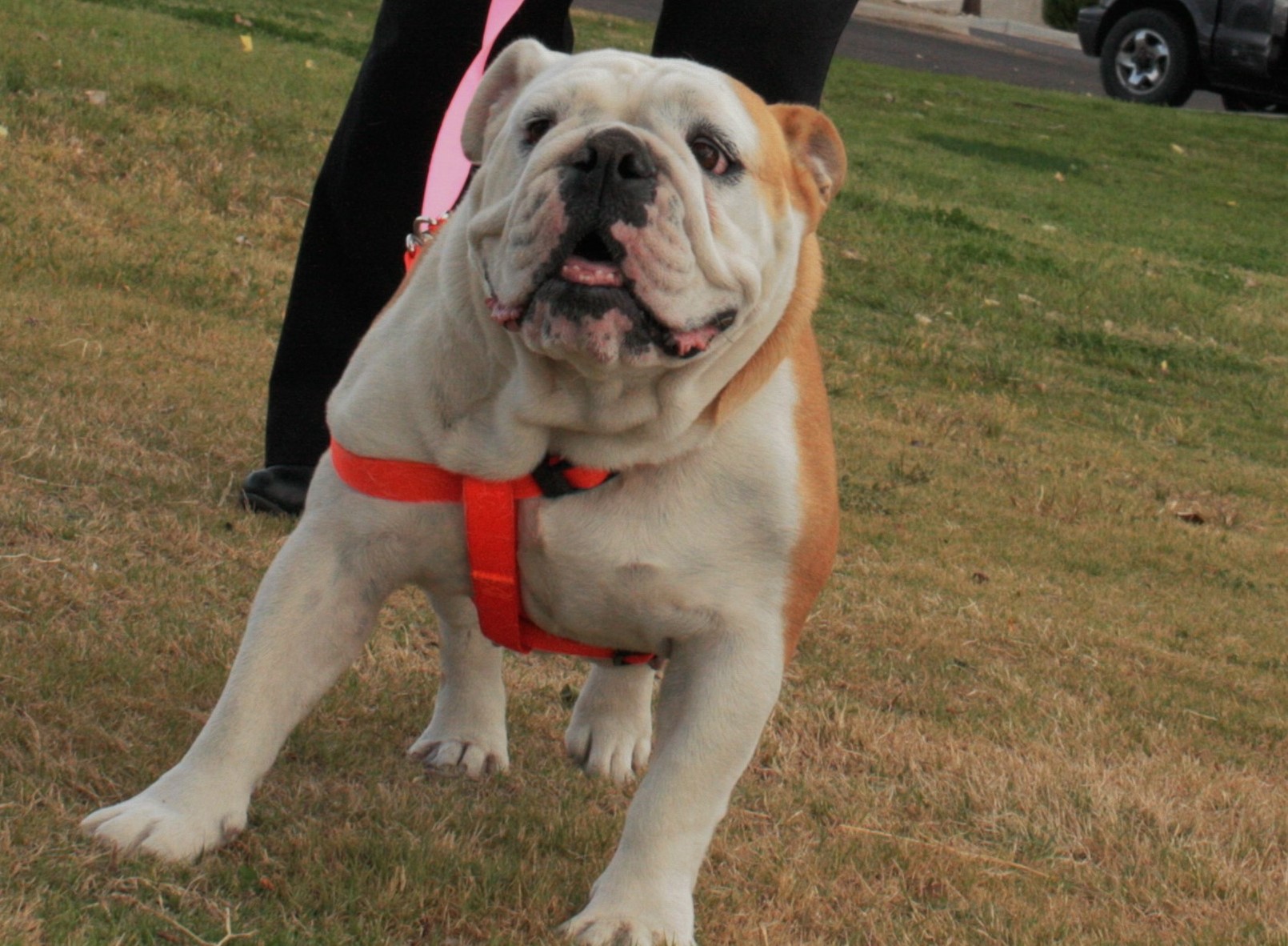 There are various types of bulldogs ranging from the French and American as well as the very popular English bulldog. The species themselves have a very interesting origin. The dogs can date back to almost the 5th century and were called the Alaunt.  Primarily, they were used for livestock control. These dogs had a unique muscular build allowing them to retain their strength while remaining small and utilizing their low center of gravity. These features made them ideal for catching farm animals like horses and cattle and even allowing them to battle against bulls, hence the name, Bulldog. They exhibited supreme abilities to wrestle down bulls by throwing their weight while latched onto a bulls’ snout in order to flip them over their own center of gravity. The primitive sport was known as “Bull baiting” and for around three hundred plus years it was the reasoning behind breeding Bulldogs for aggression. Until 1835, when bull baiting was finally banned, the bulldog was a key contender in an exhibition against a bull weighing nearly a ton. During the era of the sport, all classes, rich or poor, were known to gather and place wagers on the outcomes of the battle between the animals. Many dogs were tossed violently by the bulls and suffered from broken bones and lost teeth from hanging onto the enraged bull’s nose while it bucked and struggled to get free. The sport originally started out with having a variety of dogs, like Mastiffs, participate and fail due to their size and speed making them easy to be thrown or struck by the bulls’ large horns. Breeders began to recognize the need for a smaller dog that could withstand being shook as well as having the weight to hold themselves down. Those traits as well as the tenacity that bulldogs possessed made them a great candidate to fight their ferocious bull opponents. Once bull baiting was outlawed in the United Kingdom, it seemed that there was no longer a need for the breed and the bulldog almost reached extinction. That is until the exportation of the dog brought them into the United States and Germany where they were again used for herding cattle and other farm animals. In modern day, the bulldog is a highly sought after companion due to their loyalty and protectiveness for their owners. 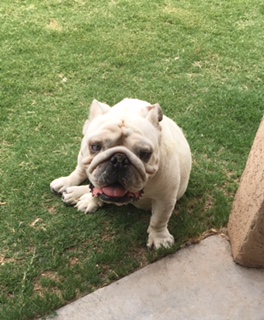 Popularity Of The Bulldog

The Bulldog’s popularity is most likely due to the fact that their loyalty is accompanied by their friendly personalities. The dogs are incredibly kind and show compassion towards their owners as well as being playful with other dogs. The stature of the animal could say otherwise, however, despite the ferocious appearance the bulldog possesses, it’s hard to find an animal as loving and as sweet. As well as being tenacious they are proud and dignified, especially when protecting their families. They are courageous but aren’t looking to pick a fight given their peaceful history with owners. They are calm but will be excited to play around and be outside.

The other side of their personality explains their plump bodies and rolls of fat. The English bulldog is famous for being lazy and sleeping whenever they get the chance. There are times that they may get so chubby that it could become difficult to even roll over. They love to sit on laps or find a comfortable spot in the living room to snooze and snore the afternoon away. It also probably goes without saying that bulldogs love to eat. Bulldogs usually have a way of using the infamous “puppy dog eyes” in order to get more treats. Normally they are indoor dogs that rest until it is time to eat again. People can’t help but love their chunky bodies and big personalities that come with owning a bulldog. 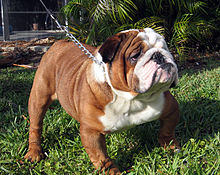 CARE OF THE BULLDOG

The needs of a bulldog are simple when it comes to things like exercise. They normally lead a relaxed lifestyle but should be walked at least once a day to prevent weight gain. Too much weight can be bad for the dogs and put them at risk for disease and arthritis. After less than thirty minutes of play the dogs are usually ready for some water and a nap. Because of their low energy levels they can easily adapt to living in a house or an apartment as well as any type of home. Bulldogs are infamously heavy breathers and need water after an excess amount of playing or walking. They are also easily susceptible to heat stroke and usually don’t do well in weather that’s too hot or cold. When caring for them the fat folds on the bulldog are usually a cause for concern because they need to be cleaned regularly. This is a very large commitment with bulldogs because they have folds all over their body. It’s recommended to use baby wipes in order to prevent cuts and infection in these areas. As well as frequently wiping underneath their folds, their nose is also an area that needs to be wiped clean regularly. Without regular care the nose can get dry and flaky and can be very unpleasant for bulldogs. The English bulldog has a protruding jaw that causes their lips to hang out from the sides of their mouth and produces lots of saliva. It’s ideal to wipe their mouths clean because the saliva picks up dirt and grime from the floor. Bulldogs are also known to shed and it’s a good idea to brush their coats daily to reduce the amount of hair being left on clothes and furniture. It’s also great to watch out for any type of limping or signs of soreness because bulldogs tend to get arthritis as they age. These dogs need to be paid attention to and require a great deal of care. If you’re considering getting a bulldog it’s important to invest a lot of time to take care of it in order to help it lead a happy and healthy life. 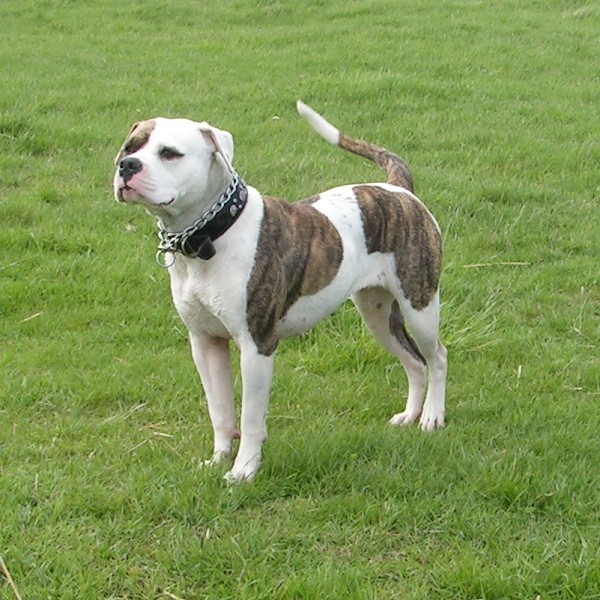 As mentioned before, there are several different breeds other than the English bulldog available for pet owners. One of the most popular is the American bulldog that is recognized for its muscular build and athletic abilities. These medium sized dogs have premier traits for a sports dog and for working on farms and cattle herding. They are playful and have great endurance. They make outstanding guard dogs because of their loyalty and fearless attitudes. 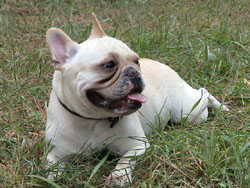 Another breed that has gained popularity in the United States is the French bulldog. These dogs are much smaller than English or American bulldogs but can easily be recognized for sharing traits similar to both. Just like the others, these small dogs have the appearance of an active animal that is muscular and intelligent. They are powerful for their size and have small bat ears with a very expressive gaze. They are great pets that can live in any size home and are just as friendly as any other bulldog.

There are multiple other breeds of bulldogs that can make great pets for families or single dog owners. Options like Aussie or Victorian bulldog are exclusively bred in certain regions of the world but others like the Banter or Valley bulldog are rarer. Each breed shares the personality traits of kindness and fun loving. They also require the same attentiveness and love. Bulldogs are a great pet to have and a great investment for companionship. 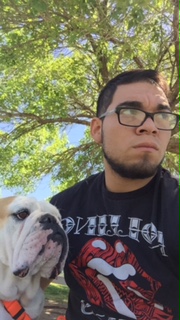