The other day I was asked about puppy bonding techniques.  And I was pleased, because it at last gave me a chance to do one of my favorite pet book reviews.

And on the amichien bonding method, no less! 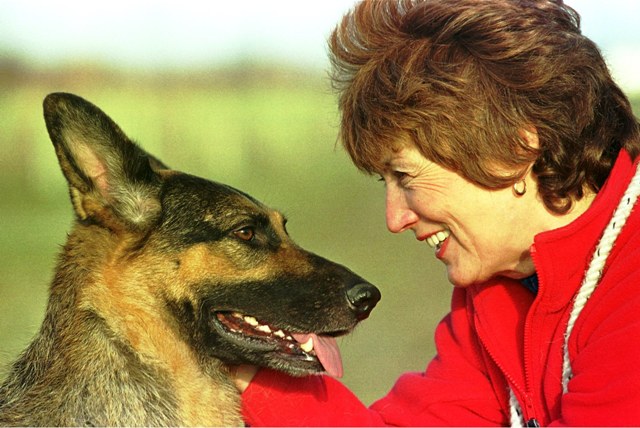 Jan Fennell is the international best selling author of “The Dog Listener” and her training, the amichien bonding method, is used by dog owners worldwide. The success of her method has resulted in six books being translated into 27 languages and published in 34 countries! Jan has had two national television series in the UK and Australia, television appearances in the UK, New Zealand, the USA, Poland and Australia, countless radio appearances in many more countries and has given talks and seminars in twenty six countries- to date.

I began reading Jan Fennell’s The Dog Listener just after speaking to an animal communicator about our young dog, Castle.  We were having some behavior problems with our little Brittany, among them mouthing, jumping and border running (incessant barking at the fence line).

Never having heard of the amichien bonding method myself, I’ll explain a bit here:

The amichien bonding method, simply put, is one of respect and understanding rather than a form of dominance or force.  By intuiting how dogs treat each other, we can key into how they choose freely to follow a leader, instead of being made to.

Jan Fennell’s teachings are based on four times in wolf families where the pack members re-establish who is leader:

It is at these times that dog owners must understand how to make dogs want to do what we expect of them of their own free will. 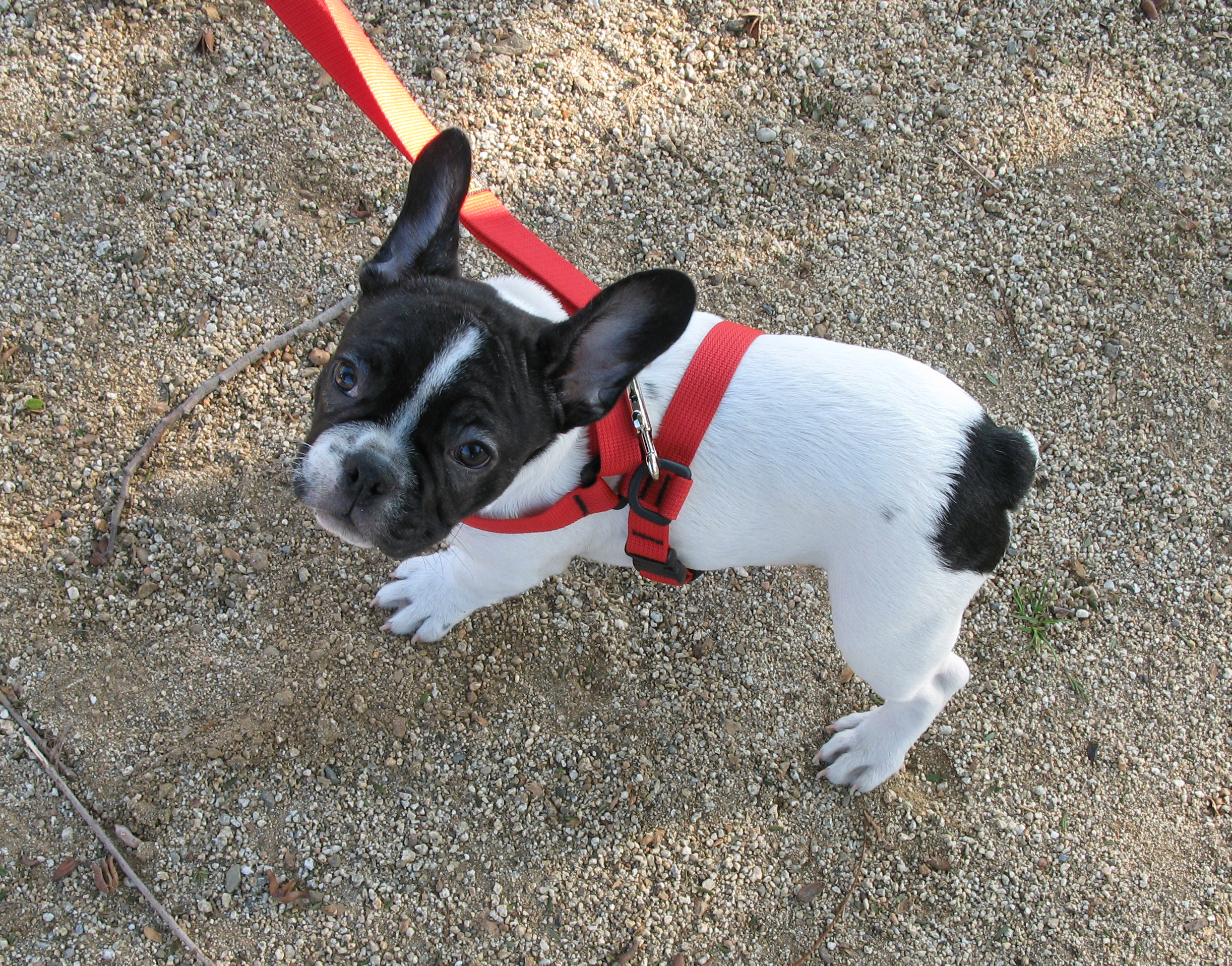 When the pack hunts translates as walking in the modern dog world.  Jan tackles subjects in this area such as dogs that run wild off leash and don’t return, chaos in the car, and so on. 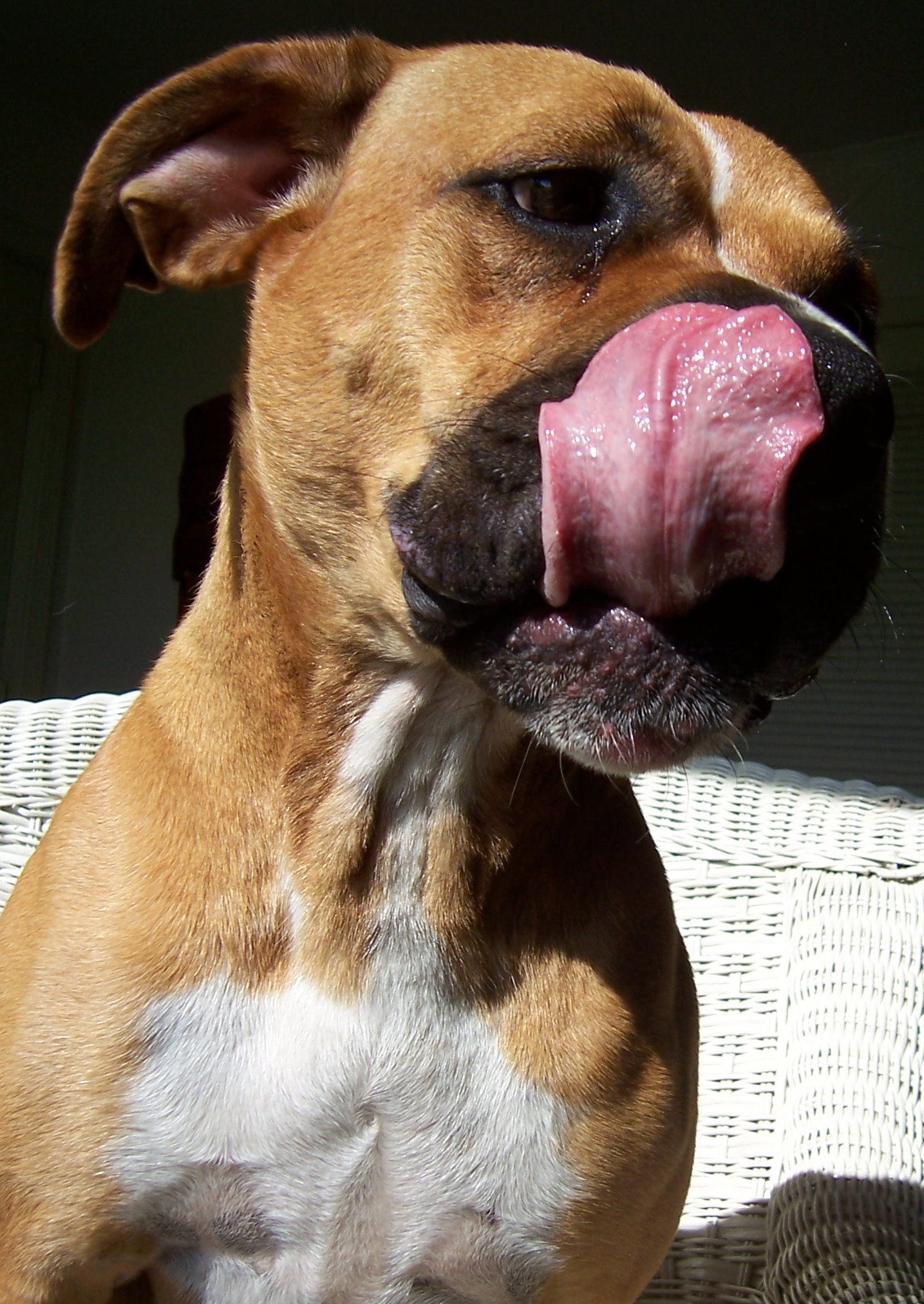 When the pack eats is handled in many different ways, including eating first (or at least “fake eating”, since in wolf packs the alpha pair eat and then the rest of the pack) and dealing with problem eaters as well.

I can tell you that Dave and I personally have mastered mealtimes using Jan’s techniques with our three dogs.  We simply establish our leadership by waiting until all three have given us a “down stay” to put food down–and although this was tricky at first, we now have it down to less than 60 seconds per mealtime! 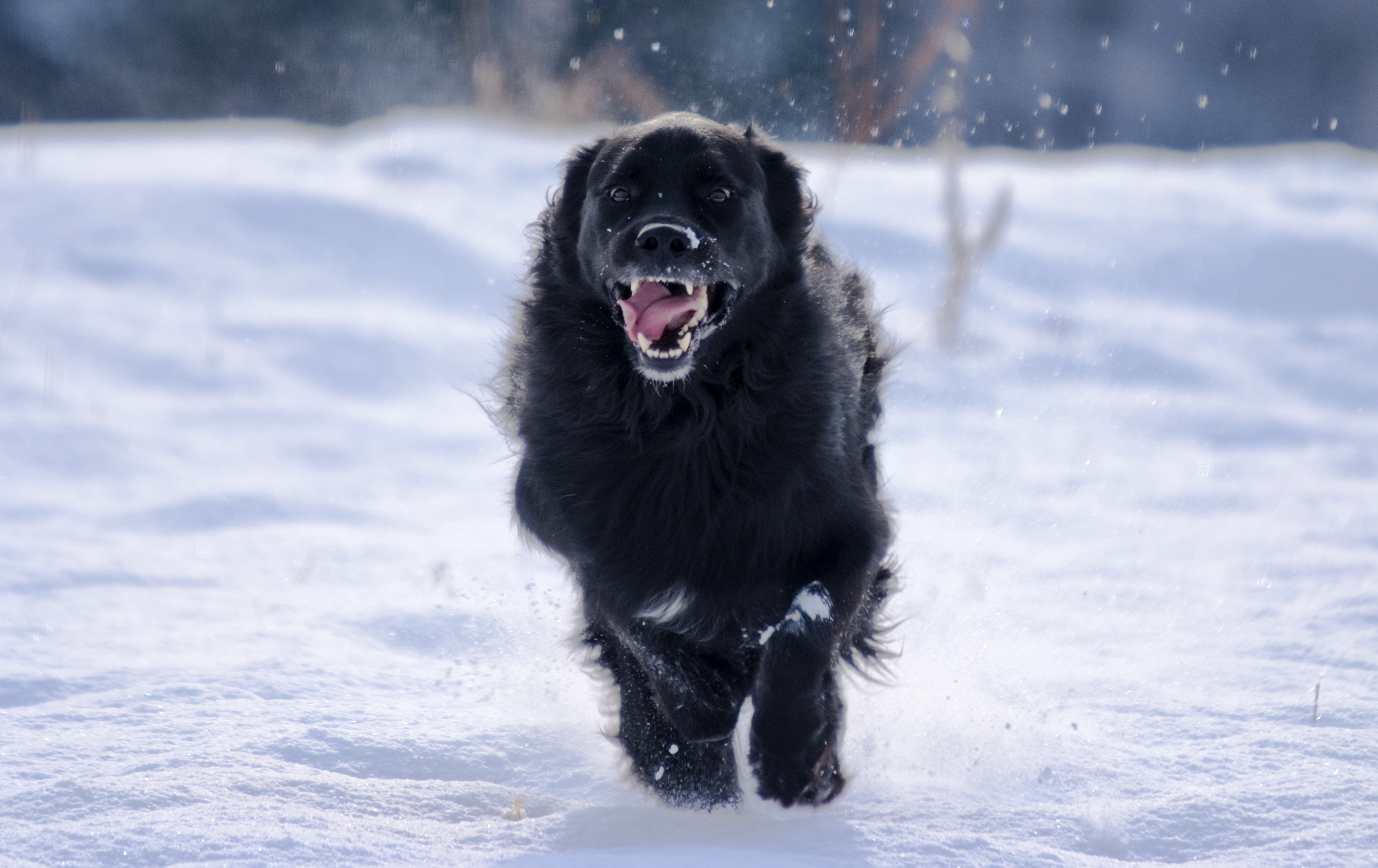 “At times of danger” could cover a lot of territory–but certainly for us, border running was equivalent to this issue.  Castle was once attacked by a dog only blocks from our home, and its clueless owner continues to walk him right by our house every day.  Castle would begin fear barking and racing all around the yard to confront her nemesis approaching from all angles every time he passed.  And when we did force her back inside by using a leash, she would still bark and pace agitatedly for some time after.

Thanks to Jan’s book, and the amichien bonding method, we rarely now have trouble getting her to be more interested in coming in than barking at the fence.  But she also covers things like canine confrontations, fear of noises and dogs that bite. 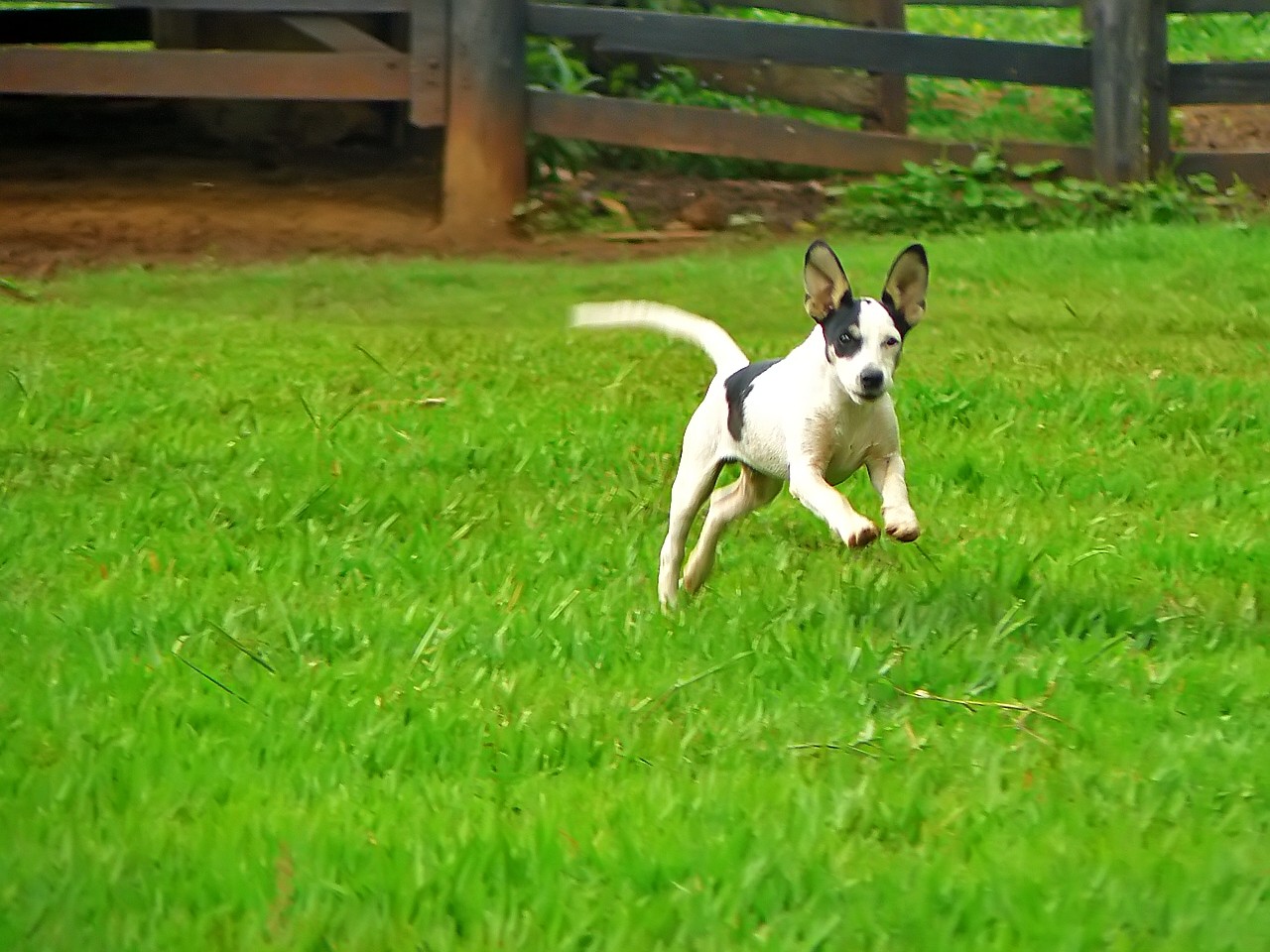 When the pack reunites, for us, took a little longer to understand–until we realized that it meant every time we re-entered the room, to a dog!  But this was the reason for Castle’s jumping–and the solution much simpler than you might expect.

Other situations Jan covers in this book include: nervous aggression, separation anxiety, puppy bonding techniques, potty training problems, multiple dog issues, dogs that are too possessive (of owners and/or toys), nervous dogs in general and problems specific to rescue dogs.

The book also includes a 30 day training guide–how cool is that?  And she even got her horse training hero, Monty Roberts, to write the foreword!

In short, we highly recommend The Dog Listener, and the amichien bonding method!

Here are some words from Jan, also, taken from her website:

“The absolute joy that dogs have brought into my life, from a very early age, made me wonder if it were possible to repay this gift in any way.

Like a lot of dog owners, I was less than happy with traditional training of dogs, which involve jerking, pushing and punishment but knew of no other method. There was also the widespread acceptance of the notion that to successfully work with a dog demanded a knack or special gift, a belief that prevents many loving owners from ever succeeding.

Also, like most people, I knew that dogs had an excellent communication system of their own but as a human, with a completely different method of communication, failed to see how I could bridge the gap and make real “contact”. Then in 1989 a good friend, Wendy Broughton, introduced me to the work of the acclaimed horseman Monty Roberts, and I saw, for the first time, how it was possible to not only learn the communication system or language of another species but more importantly, find a way of responding in an acceptable, kind way to that animal and thereby open true conversation, with the emphasis on working with the true nature of the animal, gaining its trust and willingness to co-operate, of its own free will.

This gift of understanding means that we are all now able to quickly identify, understand and consequently, resolve all type of undesirable behaviour. We can do this (no matter what the breed or age of dog) without the use of force, fear, frustration or gadgets, and it can be achieved by anyone who chooses to adopt my method ‘Amichien® Bonding’.

There is only one thing better than finding something so special and that is being able to share it, which I have been able to do through the books, DVD’s and courses for many years now and how wonderful it is to have a team of highly qualified colleagues, worldwide, passing on this information in such a way that empowers all dog owners.

I wish you joy on your journey of understanding and promise that you can do this too.”

Joy Jones, Publisher, is also the Vice President of Your Pet Space, a cage free dog boarding facility serving the greater Las Cruces, NM area. She is also a syndicated columnist living with her husband Dave (below). When not working on Your Pet Space, she writes a metaphysical column, as well as urban fantasy and humor. You can e-mail her at joy@yourpetspace.info as well as send her a friend request on Facebook.