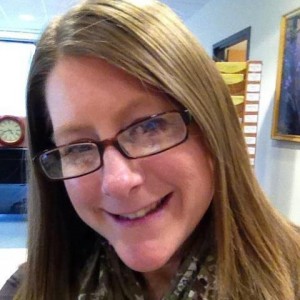 My name is Katy Blanton and I am a “pit bull” dog lover.

Three years ago, a longtime friend called me asking if I wanted a tiny puppy her husband and his fire squad had come across while on a run. It was Christmas Eve in 2010. She sent me a picture and I immediately fell in love with the little puppy. When I asked her if she knew what breed of dog it was, she casually said, “It’s a pit bull.” I remember my heart sinking. There was no way I was going to get a pit bull. Those dogs were vicious. They were mean. They were bred to kill. But the photo of the puppy pulled my heart strings and I agreed to pick him up the next morning.

On Christmas Day, 2010, my “pit bull” dog story started. I did my best to raise the dog, whom I named King. He chewed up everything, including carpet padding, but he was the sweetest, and most snugly dog I had ever been around. A friend and neighbor who is a groomer and runs a doggy daycare, had extensive experience with “pit bull” dogs and recommended that I contact a woman she knew through rescue that worked with them. Around this same time, the City of Cincinnati was in the final stages of repealing the ban on “pit bull” dogs. In a fateful twist of events, two months later, Cincinnati Pit Crew (CPC) was created.

No one has been more surprised than I that “pit bull” dogs have become such a huge part of my life. I’ve done extensive research on “pit bull” dogs, have had the opportunity to participate in a language and advocacy workshop at the Animal Farm Foundation in upstate New York, and to speak with local media on several occasions.

What I have realized is that most people understand that much of what they always thought they knew about “pit bull” dogs is based solely on stereotypes and myths that someone else told them or on negative media coverage. I’ve also discovered the pride and confidence with which “pit bull” dog owners carry themselves. These beloved dogs have changed people’s lives, mine certainly included.

“Pit bull” dogs are loyal, kind, gentle, and responsive to training. They are strong and athletic and have a great deal of energy if not given the opportunity to exercise properly on a regular basis. As with any other type of dog, a “pit bull” dog demands a certain level of responsibility from an owner. Unfortunately, there is often a stereotype associated with “pit bull” dog owners as well that tends to overshadow the many responsible owners that do provide appropriate care for their dogs.

Today, October 26, 2013, we celebrate National Pit Bull Awareness Day. On this day, we recognize the “pit bull” dog for the loyal and misunderstood dog that it has become. Gradually, the “pit bull” dog is regaining its position as America’s Dog. I find “pit bull” dog owners in the most unlikely of places; an administrator at the college for which I work, a doctor I saw recently, a politician running for office, a professional baseball player.

I work tirelessly alongside my CPC colleagues to continue advocating to change the negative perceptions and misinformation that exists about “pit bull” dogs. It is disheartening that irresponsible owners continue to mistreat and not take appropriate care of their dogs and it’s those owners that often overshadow the work of people like me.

I will continue to do this work until “pit bull” dogs are recognized as the wonderful family pets they are. As I write this post, my 55-pound, almost three year old, “pit bull” dog, King, is snuggled against my arm snoring like a grown man. This dog has changed my life – opening doors for me that I didn’t even know existed. King is a TDI therapy dog, he’s wonderful with children and the elderly, he never stops wagging his tail and giving kisses. I never imagined that I would run a non-profit organization advocating for “pit bull” dogs. The experience has given me great confidence in myself when speaking with people and to the media, and has allowed me to build a community of contacts that spreads across racial, socioeconomic, and neighborhood lines. While at times it can be heartbreaking and frustrating, the rewards and satisfaction of knowing I am making a difference for “pit bull” dogs and for those who love these dogs has been am invaluable experience. 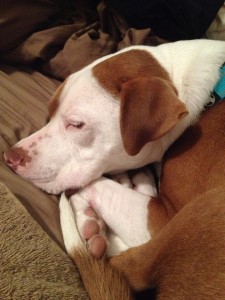 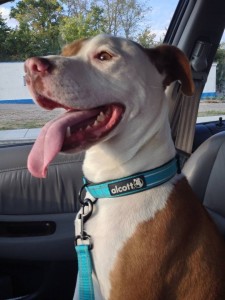