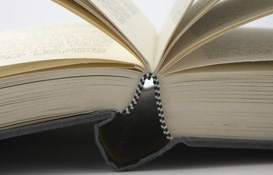 Some time ago, our Facebook page manager, John Jordan, recommended a series of books to me that I’d heard of, but never explored.  If, like me at the time, you’ve never read All Creatures Great and Small by James Herriot, you’re in for a treat!

In 1940, James Alfred Wight worked at a rural veterinary practice in the town of Thirsk, Yorkshire, close to the Yorkshire Dales and North York Moors in England.

The first book in this series, All Creatures Great And Small, consists of partially autobiographical stories of his career as a country vet and his many adventures caring for the dogs, cats and farm animals of the locals. According to Wikipedia, Wight’s son, Jim states “a lot of the stories, although set in the 1930s, 1940s or 1950s in the books, were actually inspired by cases that Wight attended in the 1960s and 1970s.”

Not only do you get a great feel for the heart of the English people of the region, but also for the challenges vets face–and I think you’ll find no other series of books about pets to be so utterly charming.

Herriot’s style of writing, as well, is easy to follow.  And it’s interesting to imagine what it was like to live at that time–not only from the perspective of the rather primitive veterinary resources that were available but, for me, just imagining what it would be like to stand in a freezing barn or field for hours, waiting for your part in some major event, like a calving.

By the time you reach the end of the first book, you really feel like you met Dr. Herriot yourself, and know him as a kind and dedicated man.  And by the way, the adventures as he meets and courts his wife are just hilarious!

It’s always been amazing to me that real people are far more fascinating than made up characters could ever be, and never more so than in this series of books.  You’ll love them!

Check out the YPS Bookstore for this and other awesome books about pets!