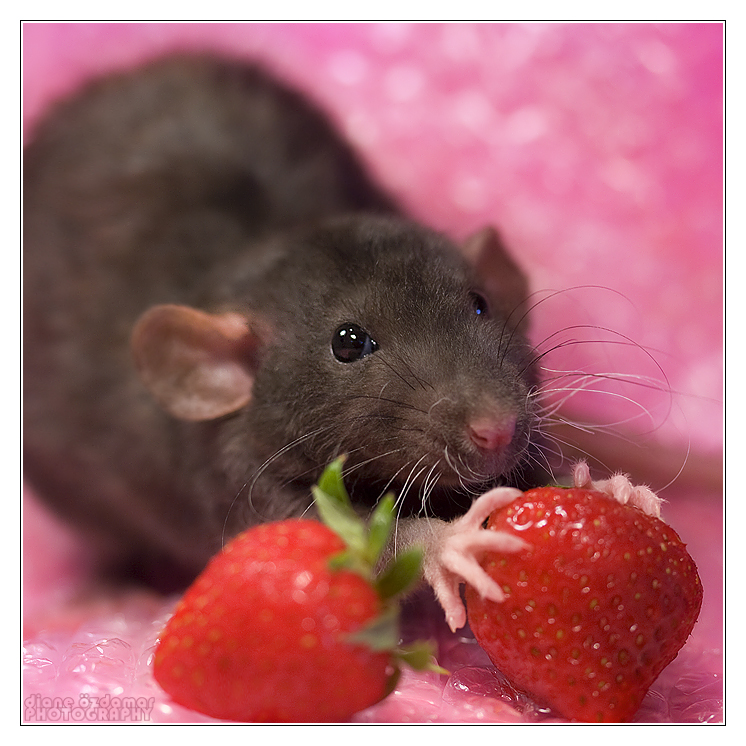 Mention your pet rat to someone and you are almost guaranteed to get a look of disgust in return.  All rat owners know the face, it is something we have to experience on a regular basis.  What those listeners don’t know is that our pet rats would be feeling exactly the same way if they ever met these strange, filthy human-creatures who are wrinkling their noses and making sounds of “Eeew!”

Rats are some of the most misunderstood of all the small, exotic pets.  Their bad reputation comes mostly from the past when parasites like fleas used rats as a mode of transportation, spreading illness wherever the rodents made their homes.  Pets of the day were workers; useful animals who pulled their weight for the family who cared for them, but the rat’s intelligence hurt them more than helped them, turning them from wild creatures who were just trying to survive into disease-laden pests. Meanwhile the useful cats, dogs and farm animals found safe, happy homes with their caretakers.  Today, most are surprised to see rats working with companies to rewire buildings or taking a new place alongside police, sniffing out drugs or explosives.  Rat owners, however, are hardly surprised.  In fact, when we see news of this kind, we pump our fists in the air and shout for joy at finding one more speck of proof that we were right all along.

Even with all the new hype, if you talk openly about your love for your pet rat, most will still frown upon you.  Tell people you have a hamster, guinea pig, gerbil, or even a mouse, and everyone is generally willing enough to allow the cute factor, even if they don’t understand your choice of pet.  To many, rats are filthy, diseased creatures with hairless, snake-like tails that are happy to live in the grime of the subway or the stench of the dump.  The truth is that rats are very intelligent and CLEAN animals, whose natural family units make them some of the best bonding-pets in the small animal world.

In my series on rat care, I hope to share my own experiences with current rat owners while introducing the rat as a pet to those who would have previously turned up their nose at the thought of sharing a snuggle with a large rodent.  Everyone who is disgusted as they read this right now has no need to worry though, most rats would give themselves a THOROUGH cleaning after being held by any oily, grimy, filthy human.  At least you and the rats are starting out on equal footing.

Mirrani Houpe has had rats since she took home her first little boy once they both completed the second grade.  Since that time she has purchased, rescued and bred many kinds of rats, from many backgrounds. She may not be a vet, psychology major, or scientist, but her babies have her very well trained when it comes to how to care for them.  She is constantly working with her family’s veterinarian to come up with new and innovative ways to love and care for the most often misunderstood rodent in the pet world.