When people say that a dog is a “mutt”, it means that the dog is not a purebred. The genetics can be so mixed that you can hardly pinpoint a breed associated with it, and they are often considered an “average” dog because they may or may not possess the specific characteristics  expected of a purebred dog. Although this is basically correct, there is much more to their story.

As of today, there are 339 dog breeds that are recognized by the World Canine Organization, more commonly known by its French name, the Fédération Cynologique Internationale (or FCI for short). These purebred dogs have then been classified according to their origins, function, size, shape, and several other distinct characteristics. These dogs have been grouped into ten categories based on these characteristics. 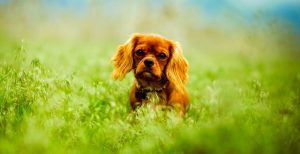 A good example of a purebred King Charles Spaniel.

Within nine of those ten categories, almost ninety percent of dog breeds have only appeared in the last hundred years. Dog breeds are actually more man-made than one would expect. Basically, the creation of distinct dog breeds was a form of genetic manipulation in order to produce a dog with a certain set of traits such as temperament, appearance, and more. In order to maintain the characteristics of a desired breed, the dangerous practice of inbreeding was introduced and thus, the population of certain dog breeds began to increase. This breeding was done by matching dogs with desirable traits to see what the offspring would be. Dogs with certain desirable characteristics  resulted in them being named “pure breed”.

Fortunately, kennel clubs are now properly regulated. Back when this trend started becoming popular, these “purebred” dogs were maintained through inbreeding to retain their desired traits. This has also resulted in these dogs to being riddled with genetic disorders that still exist today..

Purebred dogs are often predisposed to certain genetic and hereditary diseases and this has become evident with the stark difference in appearance between dogs of the same breeds a hundred years ago as compared to today. For example, the English Bulldog was not as large as they are today. The current purebred look makes their heads disproportionately big, the females need a C-section to give birth, they cannot mate on their own, and according to a survey, the average lifespan is only 6.25. years. Moreover, the Golden Retriever is also more likely to develop cancer than any other breed. All of these health issues can be pinpointed in their genes, typically due to inbreeding. 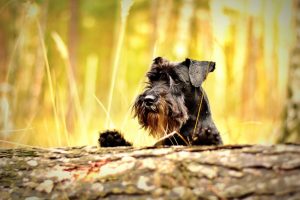 This Schnauzer could have some serious health issues down the road.

Today, now that people and experts know better, there have been regulations set to ensure there is genetic diversity before a dog can be considered a separate and new breed. However, the desire to have a purebred dog has reinforced the idea that mutts are “lesser” and are often considered undesirable.

Although this is the current situation, most people are drawn to specific breeds based on their look and temperament, and thus, mutts or mixed-breeds are overlooked. More often than not, mutts end up in shelters more than purebred dogs.

The Benefits of “Mutts”

Mixed dog breeds usually end up in dog pounds more frequently just because they aren’t purebred. Sadly, dog pounds get crowded and, the harsh reality is, dogs that don’t get adopted get put down. This is also one of the reasons why many experts encourage adopting a dog from a shelter rather than buying from a pet store or breeder. The other reason is that dogs from pet stores have ambiguous sources for their puppies, meaning some puppies may have come from puppy factories or puppy mills which are horrendous and cruel. To help eradicate these practices, adoption is highly encouraged. 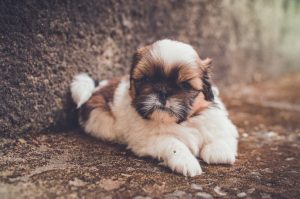 Isn’t this little one precious?! Whether its a purebred or a mutt, its adorable.

If you still have apprehensions in getting yourself a mutt rather than a purebred dog, here are a few reasons on why you should consider adopting one.

They are in their natural, happy state.

Mutts are actually dogs in their healthiest, most natural state, which means, they are what they should be. To put it bluntly, specific dog breeds are not what nature has intended them to be. For most dogs (outside of a few working breeds) the breeds were developed by humans.

Genetic anomalies that could be passed down from one generation to another through inbreeding is eradicated in mutts and mixed breeds. In the theory of evolution, mating outside of their breed and family group ensures healthier offspring that can live longer.  A dog named Pusuke died at the age of 26 years according to the Guinness World Record, almost beating the dog Bluey which held the record of living until the age of 29. Both of these dogs were mutts, with the former being a Shiba Inu mix and the latter being an Australian Cattle Dog mix. Both of these dogs didn’t get to their age by mere luck, but it primarily came with the genes they were endowed with and the loving care of their owners. 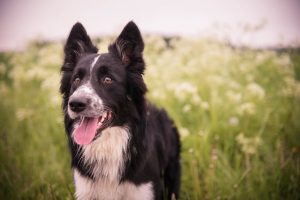 The Border Collie mix probably looked quite similar to this one!

Whether you’re looking for a herding dog or a household pet, a mutt is as good as any. According to many studies, a mutt is defined as having at least three different breeds ingrained in the DNA. These dogs can typically function as both working and family dogs (based on their size and ability) due to the vast amount of genetic diversity that they contain. By being so adaptable, it is also known that mutts can often be faster at learning tricks.

They are often smarter.

In line with their adaptability, mutts are chosen as therapy dogs more than purebred dogs because of their more flexible temperament. When a dog is a specific breed, they usually have a certain temperament consistent among them, and they can often be quite energetic and excitable. With mutts, their temperament is more varied.

Adopting a mutt gives way for healthier dogs in the future.

Most genetic related anomalies among dogs can be solved by simply leaving them to breed on their own instead of enforcing strict genetic breeding. When this is encouraged it paves way for a better understanding for people when it comes to dogs and choosing one as a companion. This being said, you should ALWAYS spay or neuter your pet, whether they’re purebred or mixed. The overpopulation of dogs is very real and should not be taken lightly. This is another reason to adopt a dog from a shelter rather than encouraging breeders to continue the overpopulation.

They have so much love to give.

If anything, we could certainly agree that, no matter what breed your dog is, you can expect them to be a loyal companion to you. These dogs that are full of personality can love just as much and just as hard as any other, whether they are purebred or mutts.

When you do decide to get a dog, you will have to prepare for the necessary items to keep you, your household and your dog happy. With general hygiene in mind, a microfiber dog mat such as the Paw Designed Microfiber Pet Dog Bowl Place Mat, dog beds, and grooming tools will significantly lessen the mess that will inevitably reside in your house. 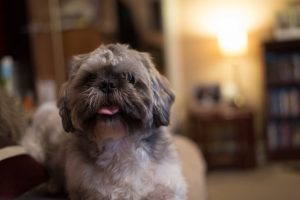 A warm home and loving arms are all a dog really wants.

If you are still wondering if mutts are any good, the answer is simple. It is a definite and resounding yes! These wonderful dogs can love just as hard, are loyal to a fault, and will forever shower you with unconditional love. With that note, what more could you ask for in a dog?

Christy of Doglifestore.com likes to write about whatever tickles her fancy and loves to document the adventures of her fur baby when she’s not busy going gaga over their crazy antics.